At the bordercontrol I realised i did not had my passport in my travelpouch and had to strip my entire luggage in the hope to find it. (hoping I did not leave it in Trieste.)

The face says it all.. 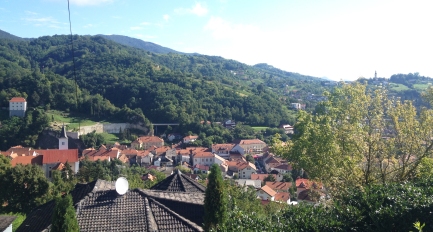 The view from the balcony of my wonderful hosts in Krapina. Such an interesting little town. 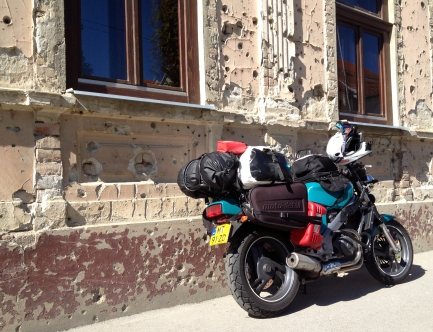 Perry in the line of fire. In Croatian towns and villages there are still many building around that are a hard reminder of the Yugoslav War and the Croatian War of Independence. These public buildings, houses and streetcorners were completly torn up by shells and bulletfire. With a heavy feeling in my stomach I took some time to let the buildings engulve me with impressions of courage, pride, hatred, revolt, sacrifice and the innocent caught in the conflict. 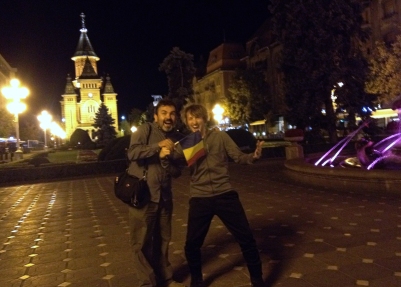 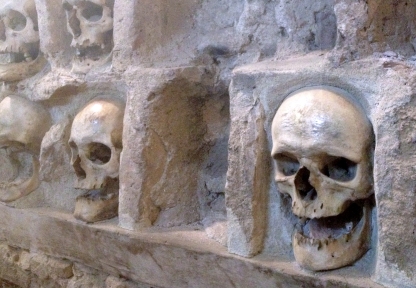 Riding through the Serbian mountains in the south

The Bulgarian cheese is so compact and rich of taste, even knives are no match for it. Delicious stuff!

How many times do you find yourself in the actual Balkan mountains? This was my excuse to try out something new :) 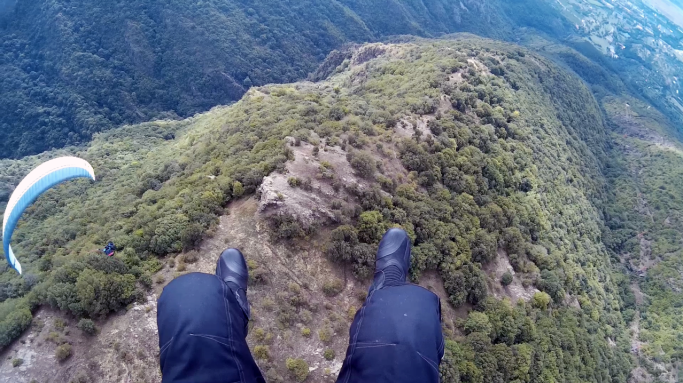 Paragliding in the Balkan Mountains. 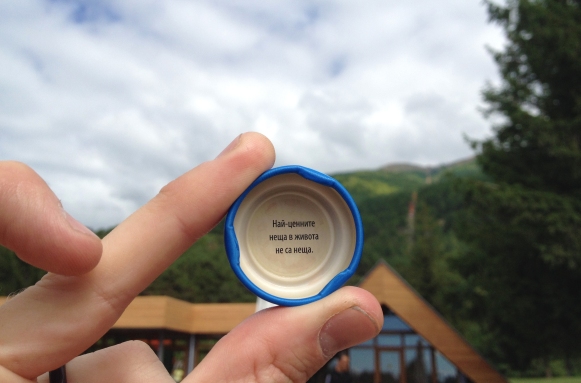 Wisdom comes with age and experience, but sometimes also on the inside of a bottlecap.

The most important things in life are not things.

Along the road there are dozens of deserted gasstation to be found. My initial explanation was the construction of new highways; where the loss of traffic meant loss of income. But this does not explain why so often there are deserted gasstation the be found within 200 meters of a commercial working station. Luckely the building of this gasstation now serves as a free smelly hostel and probably open public restroom.

Meeting a shepard on the side of the road. You start communicating without speaking any word of the same language. Where does this conversation lead to?

Show off our tattoos to one another.

Riding towards the East with the sunset in my back. On my way to Burgas, Bulgaria

Riding along side the Balkan mountains toward the border withTurkey. Istanbul, here I come!

When leaving Trier in the morning the sky was filled with dark rainy clouds. While packing up my bike in the street the rain was falling down, soaking my head and clothes. I desperatly tried to manoeuvre the half packed bike under a little shelter in front of a shop, but there was no escaping the rain and moisture. While such a start of the day does mentally prepare you for a wet-riding day, it does not yet account for the amount of awfulness that has to be endured.

On the highway it frequently came pouring down up to a point where there was almost no visibility.

After 2,5 hours of driving in the rain I started getting close to Nancy in France. Somewhere along the way I realised that the navigationsystem also did not agree with the current weatherconditions. When the screen started turning pink and flashing like a strobe-light, I knew it was time to quickly turn it off and put it away.

With the navigationsystem dropping as a guideline it was back to old fashioned navigation. While riding along a main road in Nancy I looked for a place to make a quick stop. Not even bothering to find a dry spot I just parked my bike on a property just off the road and a bit out of the wind. There I performed the ritual of lifting my soaked butt from the seat, wringe my gloves, gaze at the map, have an I-hate-this-horrible-weather tantrum and stuff an energybar down my throat.

That is when two guys casually walked up to me. Being awefully tired and not being a great French speaker, I tried my best to describe my intentions and destination with gestures and nodding. After seeing my state the guys pointed into the direction of a garage/shelter just around the corner. Despite feeling desperate to continue riding, the kind hearted gesture convinced me to just give it a shot and I slowly drove my motorcycle into the garage. 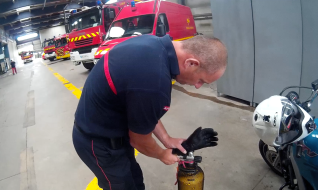 After riding through the doorway of the shelter, I immediately realised this was not just some garage or warehouse and these were not just guys working at the loading dock. The huge hanger with several firetrucks revealed that this was actually the firestation of Nancy and the guys where some of the fireman. Being the helpful problemsolvers that they are, the two guys both sprung into action and looked for ways to make me comfortable and finding a way to dry my gloves quickly. 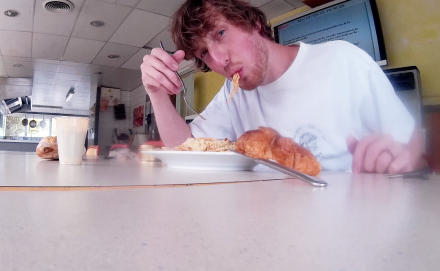 The fireman offered me a warm cup of chocolate and led me towards their canteen. The drink quickly broaded into an added plate of spagetti, croissant, baquette and a dry shirt, while they were drying my clothes.

All warmed up and with a stuffed belly I made my way back downstairs, I was greated by more interested members of the crew. Everyone huddled up around me while I was explaining my route and the places of interest. Weatherforecast were looked up laughs were shared and my spirit was fully lifted.

It was actually at this moment that I realised why I wanted to make such a trip in the first place.

While packing up the bike everyone was still there to admire the idea and show their support. These amazing guys even went beyond that and thus my gear was added with long kevlar gloves, a fire-retardant balaclava and a patch of their regiment as a souvenir. After taking a grouppicture it was time for me to head out again and face the elements. Fueled with energy and a lifted spirit I felt that I could take on anything.

The moments where you are most vulnerable are the times you make connections that are most memorable.

Continuing my ride through the rain, the fight was now even with a warmed up body, thick gloves, completly covered face from the balaclava. After pouring some more liters at me the clouds slowly broke a part as I crossed the border into Switzerland.

The ride surely is rough, but it is always a surprise what lies waiting beyond the horizon. It could be more trouble but also encounters of unimagined value. The fireman (Sapeurs-Pompiers) of the regiment Meurte & Moselle in Nancy proved this all too well.